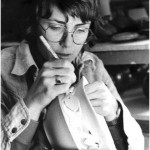 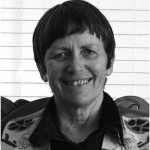 My passion for working with clay began in 1969 when I made my first pots in senior high school and it has continued unabated since then. After finishing school in 1970 I enrolled in Art School in 1971 and studied pottery at night at Narrabeen Evening College. I went on to study ceramics at The National Art School (East Sydney Technical College), Darlinghurst in 1972 and 1973. Peter Rushforth was head of school with Bernard Sahm, Derek Smith, Col Levy, Shigeo Shiga, Joan Grounds and Gillian Grigg on staff . That proved to be a wonderful grounding in all aspects of clay working and I will remain forever grateful for their teaching and excellence in ceramic practice.

My earliest memory of pottery comes from an intense interest, as quite a young person, in Greek and Roman myths and associated artworks with a special love for Attic red and black figure pottery. I have derived a great deal of inspiration from that period along with inspiration from Native American, Pre Columbian, Asian and modern ceramics. The natural environment is also a rich source of inspiration.